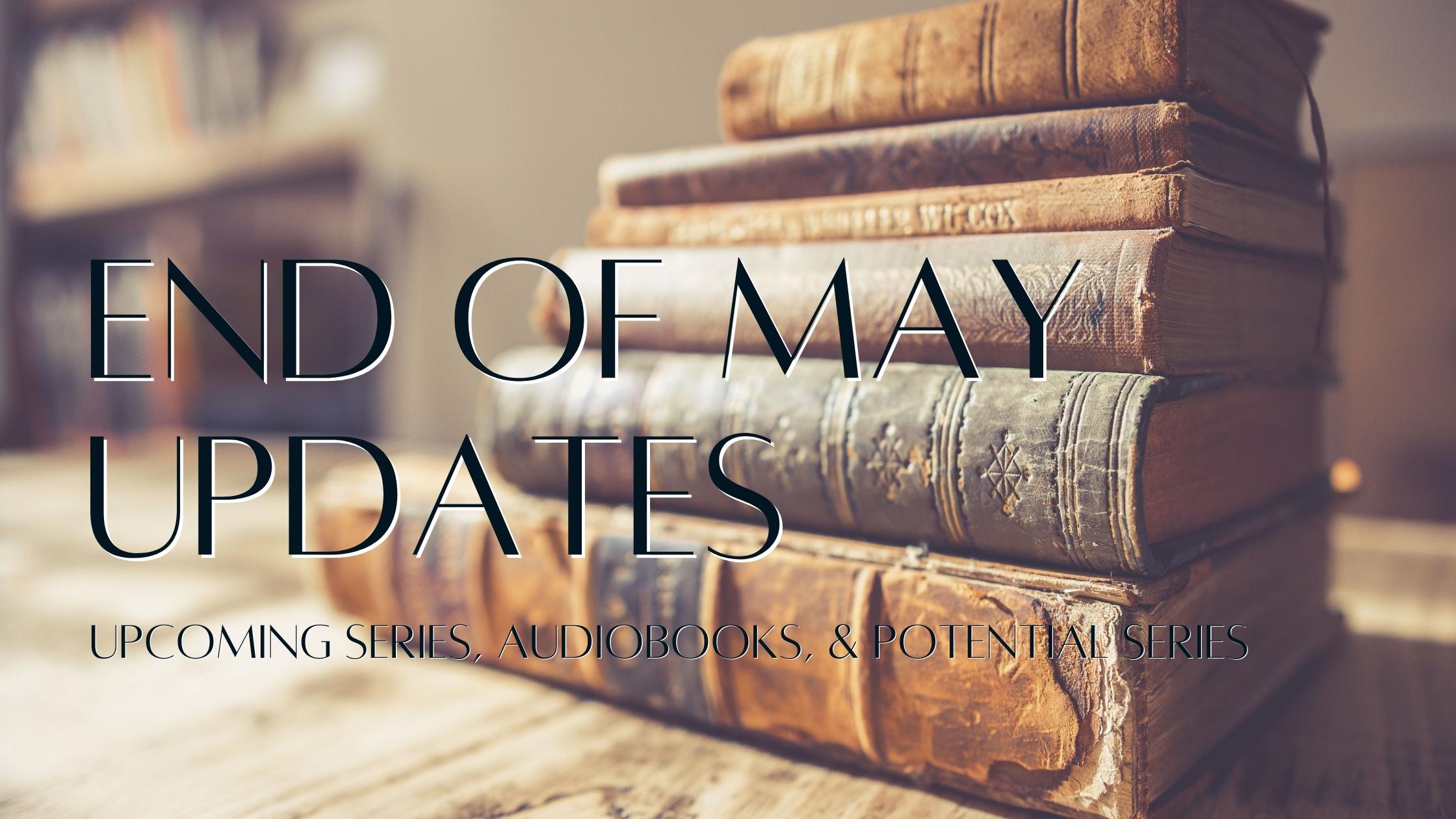 Now that we’ve reached the last day of May, I have a few updates to share.

The first of these updates is that I’m going to be releasing a new series soon titled The Shadybight Mysteries with the first book being The Witch’s Easel. This is going to be a series of shorter, more novella-style stories about a small coastal town: Shadybight. They focus on a young woman named Rosie “Bean” Dodds, and the other inhabitants of this town.

In Shadybight, magic is normal, expected, and frowned upon by many. The supernatural, ghosts and other monsters also roam here. While they are normal, death is not. So the upcoming murders are horrifying and unexpected.

Bean becomes a part of this because the usual detective’s helper—her mother—disappears, leaving Bean to fill her place. Seeing the mysteries of her town and driven by curiosity, Bean can’t help but become as involved as her mother was.

This series is planned to run for 5 books (tentative, there may be more) and will start dropping soon. Once the first is put out, I will be releasing one every month until they’re all out. Therefore, the series will drop quickly and be readily available within 5-6 months of the first book.

The second update is that I’m going to create several audiobooks for my current and upcoming novels/novellas. Eventually, I may release my short stories as a collection, where they will then get their own audiobook as well. This will be done through ACX, so they are as connected to the amazon world as my books currently are.

My third and final update is about the potential series coming out after The Shadybight Mysteries. Currently, I have plans to write a fantasy/supernatural trilogy cataloging the events of another young woman sleuth in a supernatural world. Set in a modern city (similar to The Shadybight Mysteries), this story follows a young woman who is very talented with her powers but refuses to use them because they remind her of a traumatic event she went through several years ago.

In this story, there are monsters that hunt them from a connected world, a world only the magically inclined can see or understand. This world is powerful, cruel, and terrifying, and our main character no longer wants anything to do with it. But she’s being held back by her responsibilities to her friends, and the pain these monsters are causing her people (the magically inclined).

As this story is still in development, a lot of the names, places, and events are still underdeveloped; however, the idea is there. However, this idea may not be the one I move forward with, but currently, it’s my first choice.

Those are all of the updates I have for now, and I look forward to sharing more in the future. Hopefully, the cover of The Witch’s Easel will be dropped soon along with a release date.